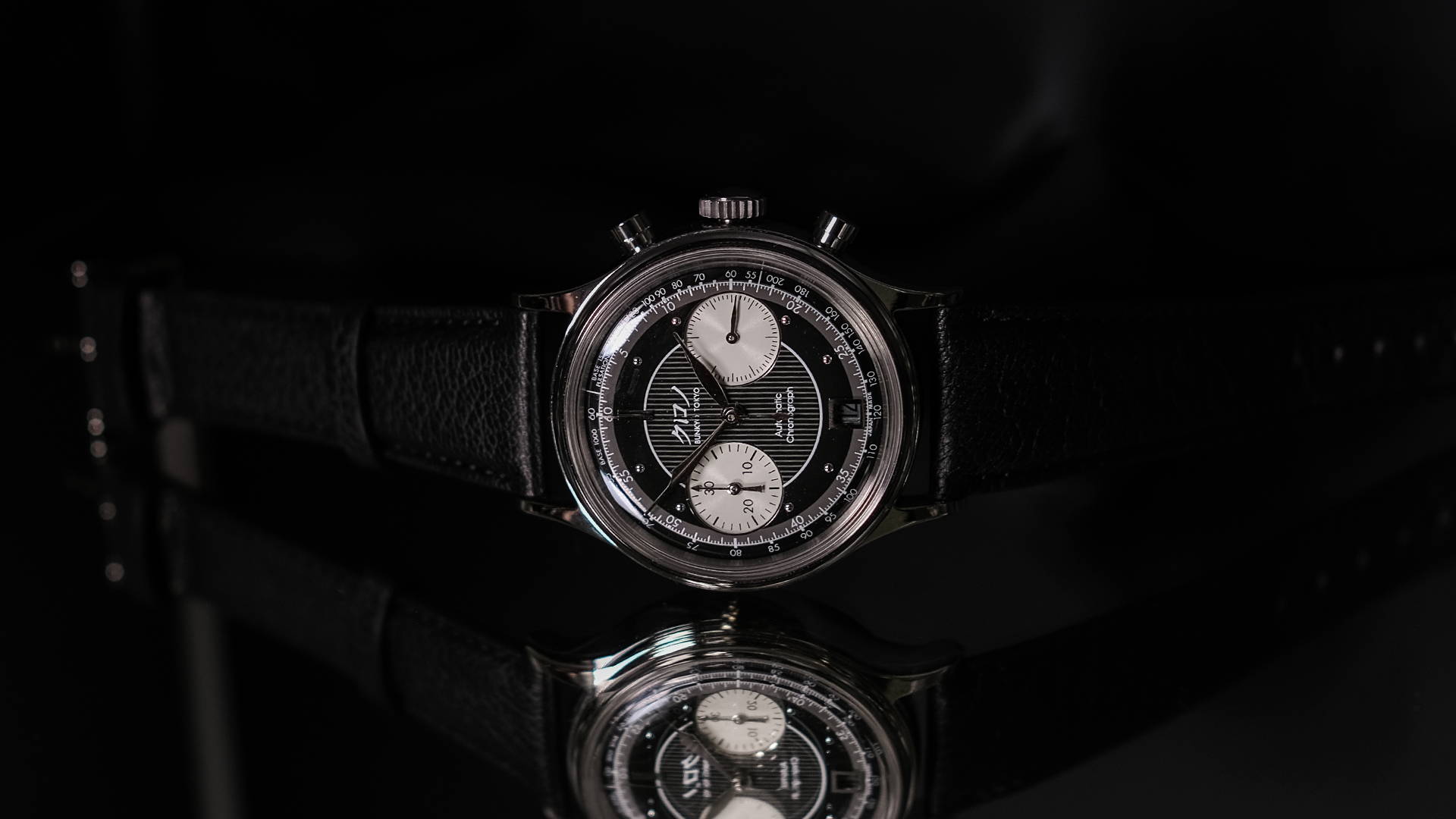 Available in Black or Silver, the central design feature of the dial is a vertical pinstripe motif at its core that provides differing contrasts depending on the source of light.
ブラックとホワイトの2色展開で、文字盤の中心のピンストライプは光の当たり方により様々な表情を見せます。 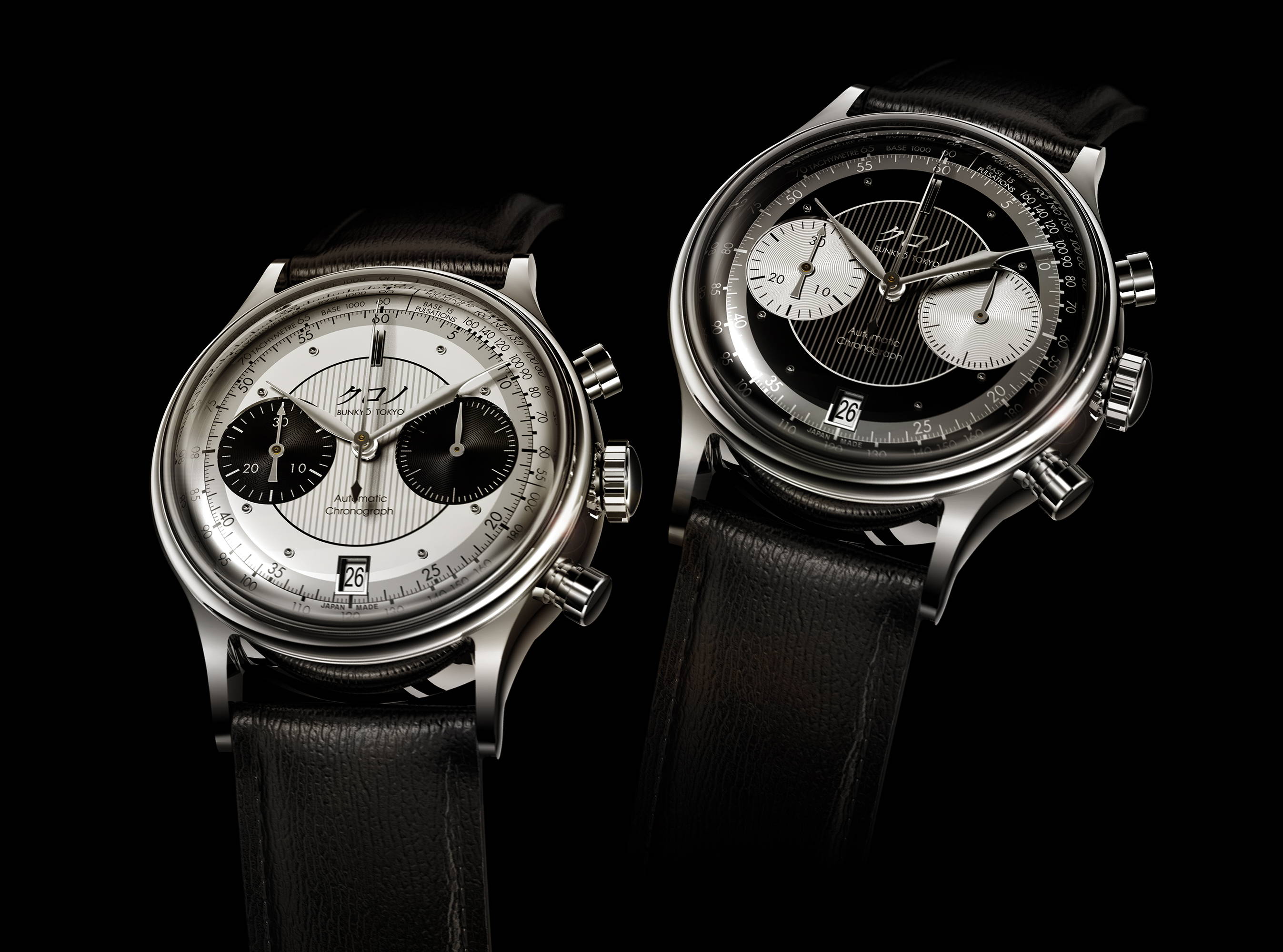 Polished steel studs that indicate hours are then followed by alternating gray or black/silver rings that culminate in a detailed tachymeter scale at the edge.

At '3' and '9' are contrasting elapsed time and seconds subdials respectively, finished in a concentric guilloche pattern, with the elapsed-time subdial at '9' set with a uniquely designed high-polished subhand in the shape of a traditional Japanese 'kyudo' arrow.

The principles of kyudo archery are sometimes summarised as ‘truth, goodness and beauty’, where truth relates to shooting with a pure mind, goodness to a person’s character, and beauty to gracefulness and the refined etiquette of kyudo.

For the Chronograph 1, Hajime chose the mechanical chronograph calibre NE86A from one of Japan's most esteemed movement manufactures - positioned by them as its newest flagship chronograph movement and successor to the 6S.

Touted by the manufacturer as a premium caliber, the 311-part movement combines traditional chronograph features like a column wheel, vertical clutch, and a magic lever winding system - with a unique three-pointed hammer system that starts, stops, and resets all three wheels simultaneously. This allows for all the counters to advance continuously rather than only at one-minute intervals.

Additionally, instead of driving the minute and hour counters from the chronograph seconds wheel, each is driven by a powered wheel with its own clutch. This delivers increased accuracy and longer-term durability. The watch measures 38mm excluding the crown/pushers, and has a power reserve of 45 hours. 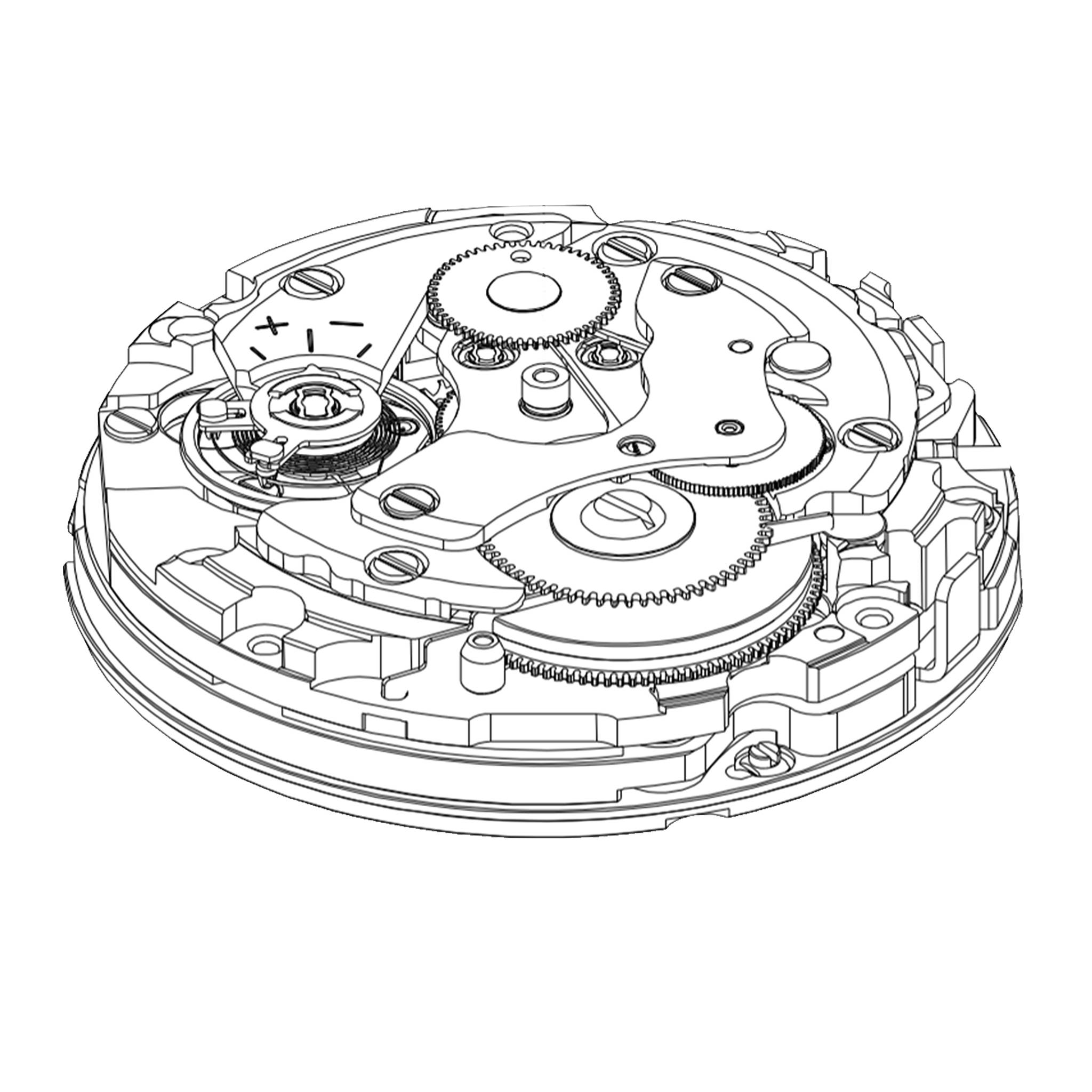 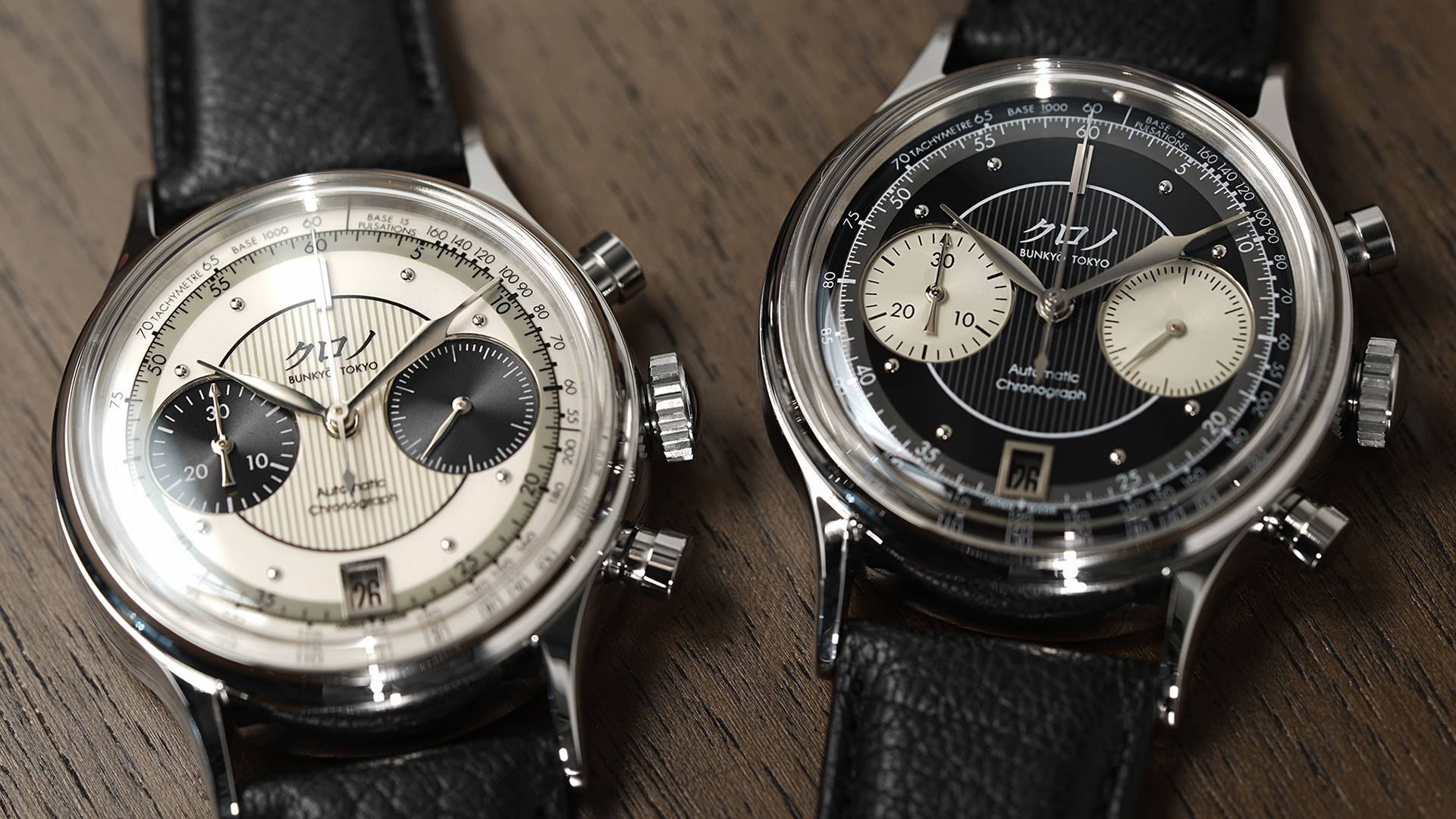 The new chronograph retains the key elements of the high-polished steel case and hands that KURONO is renowned for - and more importantly - also features the unique box-sapphire watch glass so as to leverage its higher refractive and magnification performance for enhancement to lightplay.

Taken as a whole, the entire effect of the design is a breathtaking link between modern watch design and the romanticism of classical dial layouts. As the first chronograph by KURONO, considerable care and time has been put into the design and overall look-and-feel by Hajime Asaoka, and aims to achieve sophistication through simplicity. The Chronograph 1 takes the promise of 'a well-priced, well-made watch' and brings it to a whole new level aesthetically.

Limited to 68 pieces per dial variant

1. Due to the limited nature of this product, preorder deposits are strictly non-refundable

2. Preorders confirmations shall not be resold to third parties.

3. Unless explicitly specific, prices exclude in-country taxes which customers shall settle with customs or the delivery partner at point of import

4. While accurate, estimated delivery dates may be affected by force majeure conditions out of our control. 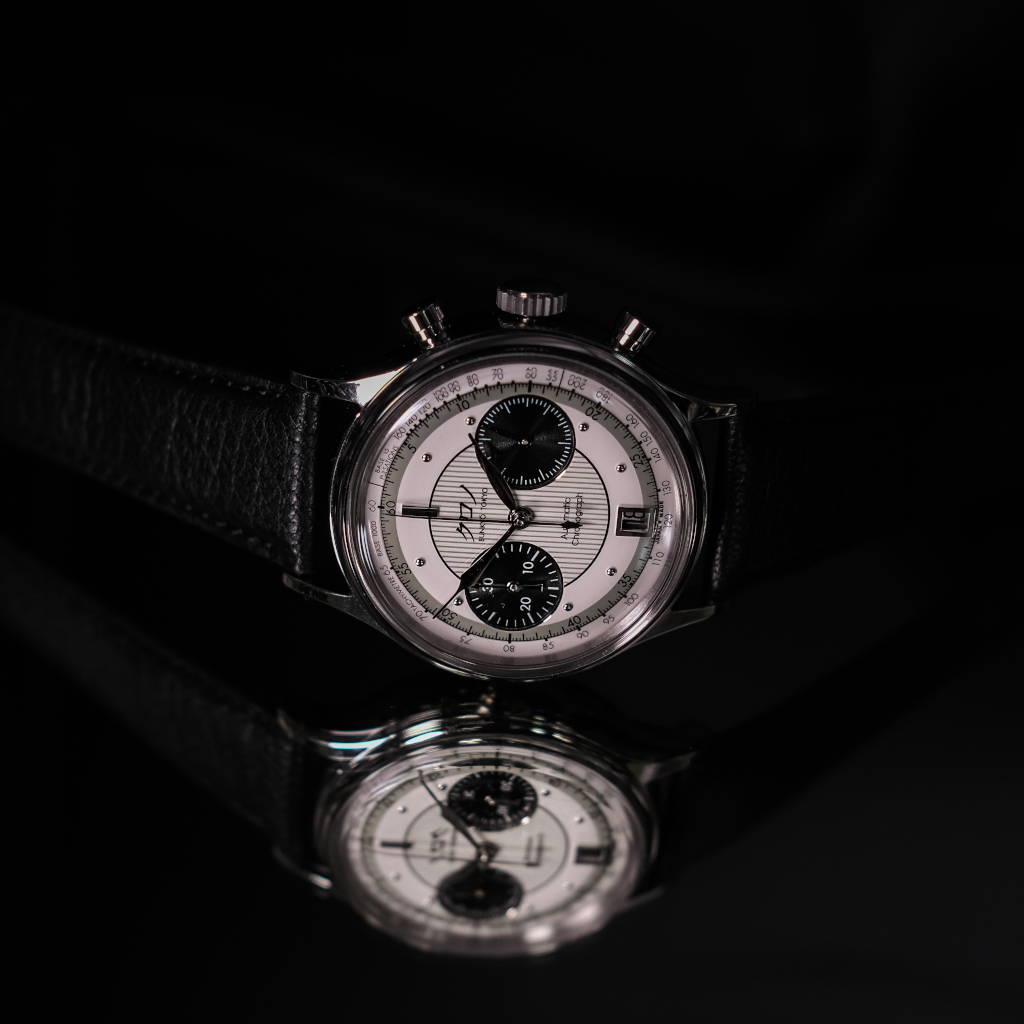